Everything You Need to Know About Financial Aid

Everything You Need to Know About Financial Aid

College Funding Services is a full service college funding firm that serves families across the nation. We'll Go Over:

1. Will You Qualify For Financial Aid?

2. How To Maximize Your Financial Aid

3. An Overview of the Financial Aid Process

4. Which College Gives the Most Money

This Masterclass will fill up. Our Masterclass is popular because they present easy, immediately actionable content. Register today. 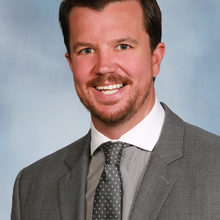 Matt started CFS in 2005 after realizing both he and his parents had made some major mistakes in navigating the college admissions and financial aid processes. It became Matt's mission to show other families how to avoid making similar mistakes in one of the biggest investments of their life. Today, Matt is recognized as one of the nation's leading authorities within the College Funding niche. Together, with CFS, Matt has successfully guided thousands of families through the college financial aid maze.

Matt grew up in the Birthplace of American Independence, otherwise known as Ipswich, MA. He graduated from Stonehill College in 2004 after enjoying a great career in the classroom, much less so on the football field.

When he's not busy saving families from the college loan crisis, Matt enjoys hanging out with his wife Rosey, their daughter Emma, and their lab Tommy. They reside in Beverly, MA.

When the Carpenters aren't passionately supporting one of their favorite Boston teams, you might catch them at the beach, traveling, or attending a concert from any of these life-enhancing bands: My Morning Jacket, Band of Horses, Bruce Springsteen, Bon Iver or The War on Drugs. 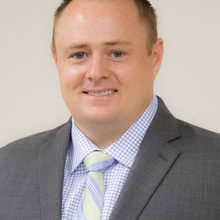 Bill started working with CFS in 2007 by helping found the NY/NJ office and is currently COO and Managing Partner. Bill's passion for the college funding space came from personal experience. Being 1 of 4 children of a blue-collar family, he witnessed his parents struggle to put 4 kids through college. He saw first hand the fear, anxiety, and stress that the process brought with it. His personal mission is to help families navigate this process in a strategic and fully educated way so as to limit the stress and cost as much as possible.

Today, Bill is recognized as one of the nation's leading authorities within the College Funding space. Bill has worked with a countless number of families from every demographic, as well as, dozens of organizations throughout the country.